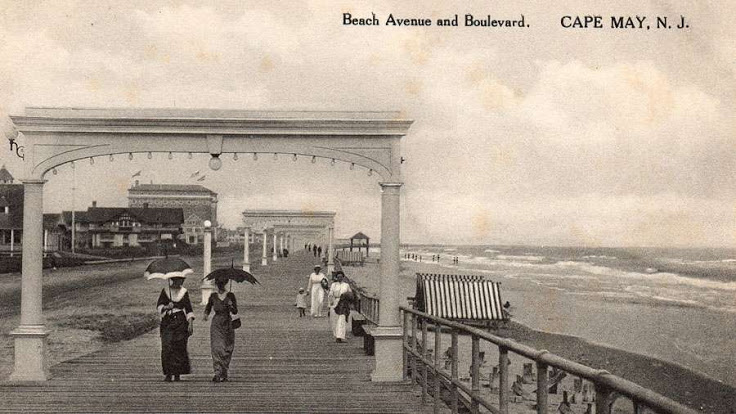 Cape May is the nation’s oldest seaside resort and as such it has a long and rich history dating back to the 1600’s.

The Kechemeche Indians of the Lenni-Lenape tribe were the first known inhabitants of the southernmost point in New Jersey. In 1609 Henry Hudson documented a sighting of this area of the state. And in 1621 Captain Cornelius Jacobsen Mey came ashore and gave this land his name by calling it “Cape Mey”.

The first residents of Cape Island hailed from the English colonies of Connecticut and Massachusetts, purchasing land from the Indians in the 1630’s. For most of the 17th and 18th centuries, Cape Island was a fishing, whaling, and farming community.

Then in the mid-1700’s, the island began to emerge as a resort for visitors from Philadelphia. Visitors first traveled here by horse-drawn wagons and stagecoaches. As transportation options evolved, they came by steamship and railroad. By the 1830’s, Cape Island began to attract the elite of New York, Baltimore, and Washington in addition to Philadelphia. Hotels, music pavilions, and a grand boardwalk emerged.

And then in 1878, a devastating fire destroyed 35 acres of downtown and burned down many of the grand hotels and private cottages that had been built to accommodate wealthy travelers. After this historic fire, Cape May decided to rebuild itself in the architectural style of the day, Victorian.

Following WWI and WWII, the opening of the Garden State Parkway in 1954 gave Cape May a tourism boost. It ended the city’s former isolation as automobile travel to the NJ shore increased dramatically.

In the 1960’s, two powerful forces blew into Cape May that helped shape the city’s future. The first was the Ash Wednesday Storm on March 7, 1962. This destroyed the boardwalk, beachfront, and Convention Hall, and severely damaged many properties. The second was the Reverend Carl McIntire, a fundamentalist minister, who also changed the city’s landscape by purchasing many Victorian era properties and moving some of them in order to save them from destruction.

Throughout the 1970’s, Cape May continued its resurgence as historic preservationists restored many of the town’s Victorian homes to their original beauty and splendor. Some homes became Bed and Breakfast inns, guest houses, restaurants, shops, and personal residences. Ever since, Cape May has continued to shine as a popular seaside resort throughout all seasons of the year.

Looking for information about the history of The Mission Inn? Click here to learn how this top-rated bed and breakfast came to be.

Want to learn more about the history of Cape May during your visit? Make plans to take an informative tour that focuses on the unique past of this seaside town. Advanced reservations are required.

If you want to enjoy a fun and informative bike tour during your visit, check out our sister company Curious Cape May. With small group and private tours available daily, they provide a safe outdoor and socially distanced way to learn about the unusual history of the nation’s oldest seaside resort. And ask us about special rates for guests of The Mission Inn. 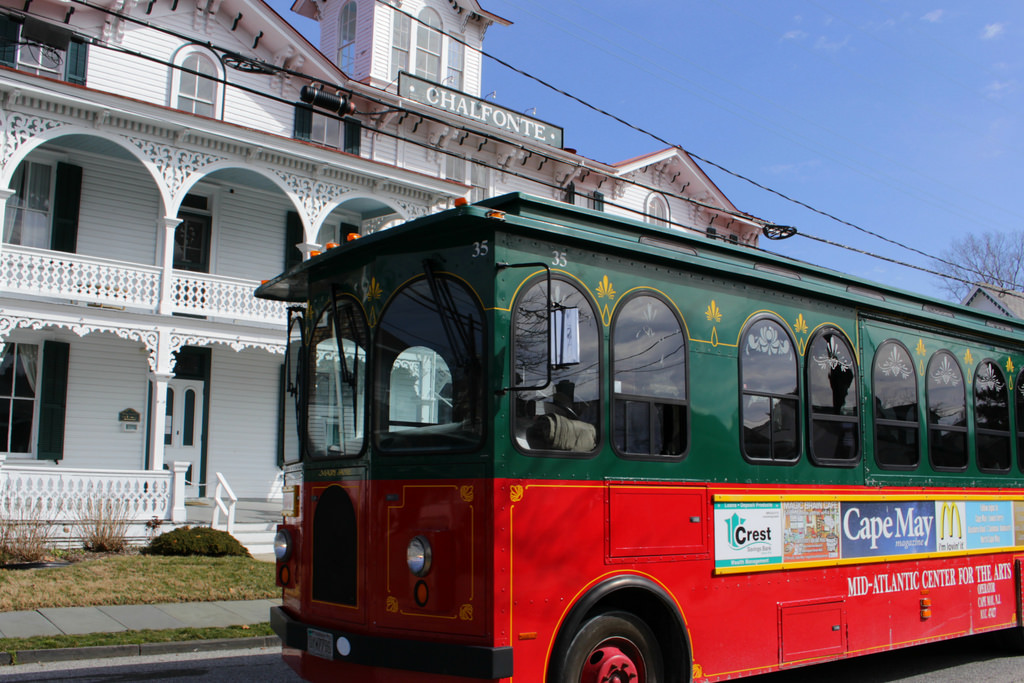 Enjoy a trolley tour focused on Cape May’s Victorian heritage with the Historic District Tour offered by Cape May MAC (Museums+Arts+Culture). Or hop aboard more than 10 different seasonal trolley tours such as the Ghosts of Cape May, Mansions by the Sea, or Holiday Lights.